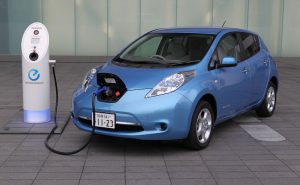 Nissan believes that the electric car will be the ‘fuel station of the future’ by combining electric powertrains with autonomous driving and vehicle-to-grid technologies.

According to GTM Research’s ‘US Energy Storage Monitor 2015 Year in Review’ report, the US deployed 112MW of storage capacity in the fourth quarter of 2015 and the market will hit 1.7GW by 2020.

The UK Carbon Trust has published a report, funded by three utilities, which says that storage could save Britain £2.4bn a year by 2030.

A study from the US National Oceanic and Atmospheric Administration suggests the country could convert its economy to renewable energy without any breakthrough in battery technology.

Germany’s second-largest energy company, E.ON, is planning to launch a residential solar-plus-storage offering for the German market in April. The maker of the lithium-ion batteries is thought to be Samsung SDI.

Scientists at McMaster University, California, are researching the use of cellulose to build more efficient and longer-lasting energy storage devices or supercapacitors.

A hydro power plant in Germany has installed a 3MW lithium-ion battery made by Ads-tec to perform frequency regulation.

The Australian Clean Energy Council has released a report, entitled ‘Accelerating the Uptake of Battery Storage’, which calls on governments and industry to work together via a number of initiatives to accelerate the uptake of battery storage.

Green Charge Networks has announced California’s largest school energy storage project in San Diego. The 7.4MWh deployment will be installed over 14 sites at no cost to the district through Green Charge’s shared savings model.

GreentechMedia looks at Alevo, the battery company with mysterious sources of funding and as-yet-unmet ambitious promises concerning production and employment in North Carolina.

Daimler is investing €500m in a new battery factory in Germany. The plant will produce lithium-ion battery packs for hybrid and electric vehicles for Mercedes-Benz and smart brands.

Volvo will supply the city of Namur in Belgium with 11 hybrid electric buses, the company’s largest electric bus order to date. Two automated electric bus chargers will be provided by ABB.

For the second year in a row, US utility executives ranked energy storage first among technologies for future investment, according to the ‘2016 State of the Electric Utility Survey’ from Utility Dive.

The Tesla Gigafactory has suffered staff walkouts due to concerns that more than the agreed percentage of non-Nevada residents is being employed.

Energizer has introduced the world’s first rechargeable AA and AAA batteries made with recycled batteries.
The German government is considering implementing a €5,000 electric car subsidy, with automakers contributing 40%.