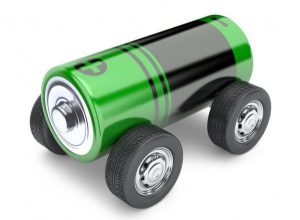 It’s all blowing up again. The worry over lithium-ion battery safety, that is. And in a pretty literal way, with Samsung, in its phone-making rather than battery-manufacturing incarnation, taking flak over exploding mobiles.

Is this a big deal? It depends on how you look at it. While even the smallest suggestion of hazard is naturally a cause for concern, it’s nevertheless true that burning lithiums remain a thankfully rare occurrence.

Compared to other energy technologies, batteries remain relatively benign. It is hard to see how lithium-ion battery banks could ever cause a disaster on the scale of Fukushima, for instance.

And when it comes to electric vehicles, another area where lithium-ion safety is a worry, a Greentech Media commentator last week shot back that “a gasoline car becomes an incendiary device with just a single spark.”

Even if you consider the nasty business of resource extraction, while the battery industry no doubt has a few dirty secrets it is unlikely that obtaining the materials for lithium-ion cells could be as perilous as coal mining or oil drilling.

The reality is that the greatest risk you are ever likely to face from a lithium-ion battery is if you accidentally swallow a small one or drop a large one on your foot.