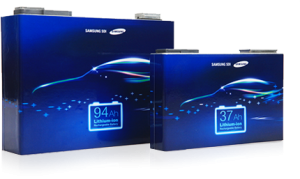 Samsung SDI is the producer of BMW’s battery cells (a topic for a coming article). It’s also the brand of the Renault Fluence ZE in Korea. For years, there have been rumors and speculation about Samsung jumping into the electric car game in a serious way.

$450 million may not be on the same level as the billions of dollars Panasonic is putting into its partnership with Tesla, but it’s a sizable step forward. And it’s being made in an interesting way.

BYD is the largest electric car manufacturer in the world. It dominates the Chinese market (our newest Chinese electric car sales report is coming today or tomorrow). Korea Economic Daily reports that Samsung is on the verge of investing 3 billion yuan ($450 million) into BYD, for a 4% share of the company

It seems like a powerful partnership that is likely to lead to faster growth of the electric car, electric bus, and EV battery market. I do wonder, though, exactly how they intend to partner (aside from money). Samsung SDI’s batteries are top-notch stationary storage and EV batteries (I have another story coming soon — maybe today or tomorrow — on this). Though, Samsung stated that it is not interested in being a member of the management process. On the product side, the companies have indicated an intention to work together more on EV components.

Samsung SDI LHP BMW batteries
Samsung SDI batteries and a pretty lady, natch.
“Samsung is pursuing the investment after its affiliate was among foreign battery makers left off a list of suppliers approved by China, where sales of electric vehicles are surging and the government has sped up construction of charging points,” Bloomberg writes. “The talks with BYD also add to the global trend of technology companies and automakers collaborating as car buyers increasingly demand more advanced powertrains and features that improve connectivity and safety.” Korean battery producer LG Chem and GM are, of course, one of the biggest and most notable such partnerships.

The $450 million investment is reportedly part of a broader $2.3 billion share sale BYD is in the midst of. Jose Pontes, cofounder of EV-Volumes and founder of EV-Sales, the writer and analyst who creates our Chinese EV sales reports, has indicated during Cleantech Revolution Tour conferences that he thinks BYD doesn’t yet sell EVs to consumers in Europe and the United States because of limited battery supply and strong demand in China. The $2.3 billion raise is reportedly to more quickly scale up battery production capacity and its electric vehicle production rate.

Warren Buffett’s Berkshire Hathaway Inc. is the most notable investor backing BYD. It has had a large stake in the company for several years.

“Shares of Samsung SDI rose as much as 8.3% to a six-week high in Seoul Friday on expectations that the company might be in line to supply its batteries to BYD,” NASDAQ reports.