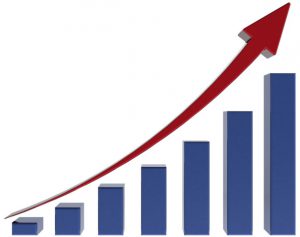 According to GTM Research and ESA’s latest U.S. Energy Storage Monitor, the U.S. deployed 18.3 megawatts (21.2 megawatt-hours) of energy storage in the first quarter of 2016. Deployments were up 127 percent year-over-year, but down 84 percent from the historic fourth quarter of 2015.

The first quarter continued the trend of relatively slow starts seen over the last few years. However, residential energy storage was a standout segment both quarterly and annually. More than 8.9 megawatts were deployed in behind-the-meter applications.

Despite being the smallest market, the residential segment is the most geographically diverse. In the first quarter of the year, the report’s “other markets” segment dominated, with storage deployments being tracked in Kentucky, Nevada, Utah, Vermont and 19 additional states. PJM (excluding New Jersey) continues to lead in terms of utility-scale deployments, and California maintains its top spot in the non-residential segment.

“The slow start to 2016 is not unusual, but also points to the shifting nature of U.S. energy storage market,” said Ravi Manghani, GTM Research’s director of energy storage and lead author of the report. “After the rush to build and commission systems in PJM to meet the interim cap in the second half of 2015, this year is likely to see a move toward California as the leading market even for the utility-scale segment. This transition will undoubtedly be hastened by gas shortages in Southern California caused by the Aliso Canyon gas leakage and resulting energy storage procurement.”

In addition to deployment and pricing trends, the report covers developments in the vendor ecosystem. In early May, oil and gas company Total announced that it would acquire battery vendor Saft for $1.1 billion, the first billion-dollar-plus deal in the storage space. With its previous acquisition of a controlling stake in SunPower, Total has positioned itself for a leadership role in the renewables-plus-storage domain.

GTM Research extended its forecast out to 2021, a year in which the market intelligence firm expects that U.S. energy storage deployments will exceed the 2-gigawatt mark.

“After record-breaking growth in deployments at the end of last year, 2016 first-quarter leading indicators and mounting opportunities are signaling another positive year of storage industry growth,” said Matt Roberts, executive director of the Energy Storage Association. “As we look to the future of storage markets in the U.S., expanded projections of over 2 gigawatts a year by 2021 reflect both the growing value of storage systems on the grid and the immense opportunity ahead.”